I was going through some pictures looking for something else and came across the picture on the left. This was one of the few that survived the house fire when I was in high school. Something that the guitar in that picture did not survive.

When I look at the picture I think about that person – comparatively, I barely knew how to play that guitar. And any songs I wrote at that time were shit. Which I understand is OK, as “they say” you need to write 100 bad songs before you get to a good one.

And it turns out, I have written 100 bad songs. I know because I recently found them. I was going through a box in the garage, again, looking for something else, and I came across a couple of manila folders. “What’s in here?”, I wondered. It turns out, a bunch of horrible songs that for some reason I wanted to save for posterity – and that I had forgotten about.

But there was one gem in there. “Something Real”. (https://jakegray.bandcamp.com/track/something-real) (https://open.spotify.com/track/5Ti9pEclKHvBh0nxI9Jxy9) I remember thinking when I wrote that song, “I can actually do this”. Which was funny at the time because I was all into political hard rock stuff – and I wrote something that was just simple and from the heart. And it was years before I ever recorded it. I finally figured anything that I had kept playing for all those years was worth putting down for posterity.

But that became the start of how I changed my approach to music. Oh, I still did the hard rock thing for another decade. And I wrote a few more really, really, bad songs. But I started to get better at this craft. As bad as some of those old songs were, I’ve written some songs that I am really proud of.

Now I am coming up on completing my fifth album. It amazes me that I have written so many songs that tell stories. But probably the best part is starting to work with other people and not feeling that I must do almost everything myself. That I can trust and build off other people’s contributions. And in the end, it becomes an even better product and expression of the stories that I am trying to tell.

Will the fifth time be the charm? Will collaborations with other artists be the charm? That’s what my bet is. But we’ll see. There are still a lot of stories left to tell.

And those pants sure were something weren't they?

Songwriting: Three Days on the Mountain

Mike Gill and the making of "Lately"

So P!nk and I are a thing 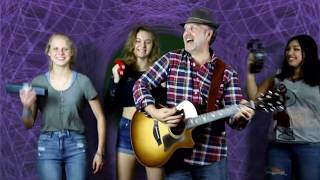